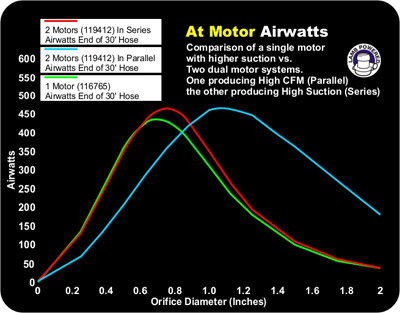 (Figure 2) Product Brochure (At motor specifications) It would appear that the “Parallel” system is the best performer at the 1.25″ nozzle orifice.

If one motor is good then two must be better, right? Not necessarily.

Depending on the dual motor system you choose, it‘s quite possible the manufacturer is using lower performance motors in tandem to generate higher performance specifications.

These types of units generally run on 110-120 Volts. If this is the case, you’d be better off asking what the manufacturer has in a larger 7.2 inch or greater Tangential Bypass motor.

If the system requires 220-240 Volts, the system is likely using two high performance motors. They’re probably only 5.7 inch diameter motors but since they’re either Peripheral Bypass or Tangential Bypass motors, it should be a reasonable choice.

If your home is larger than 12,000 square feet or you feel you want optimal performance, Cana-Vac recommends that you install multiple high performance units with larger Tangential motors. These should target separate zones much like what’s done for air conditioning in large homes or buildings.

There are two ways to increase performance using two motors, they are as follows (see Figure 1):

Air Series: In a Series application, one vacuum motor feeds the heated discharge air into the intake of the second motor. This effectively increases vacuum suction (inches of waterlift) by 60-70 percent. This design is not recommended because higher temperatures result in a lower motor life expectancy. 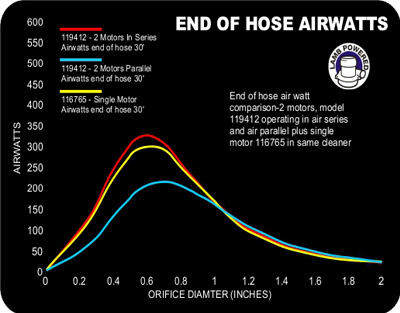 (Figure 3) Actual Airwatts (At end of a 30′ hose) Clearly shows how the Airflow gains of the Parallel system resulting in low performance. Both systems with high Suction had better performance and approximately equal performance at the 1.25″ nozzle orifice.

Air Parallel: While operating vacuum motors in air parallel, two motors draw air from a single plenum chamber. This has the effect of nearly doubling the Airflow (CFM) of the system while the vacuum (inches of waterlift) level remains comparable to a single motor system.

An Ametek/Lamb Product Review noted,“When applying motors in this manner, care must be taken in the design to accommodate the increased airflow. If restrictive tools and hoses are used in a cleaner, the potential air flow advantages gained by the parallel arrangement may be negated.”

This is because an Air Parallel system does not increase suction. Airflow robbing restrictions within a central vacuum installation negate any increases that Airflow gains from adding the additional motor. Conversely, the dual motor system that increased suction maintained high end of hose performance [Figure 3].